Sometimes I think about some of the projects that I get to be a part of as an owner’s representative, and I cannot imagine doing anything else. One of those projects (or should I say three of those projects?) was L’Atelier de Joël Robuchon.

If you want to get a good idea about what an owner’s rep does, the work we did with our client on L’Atelier is an excellent example.

What Does an Owner’s Representative Do?

During a typical project, above all else, an owner’s representative serves as an advisor to and an advocate for their client. Depending on the client’s needs, the owner’s representative will create a strategic plan for the project and will then proceed to methodically execute the plan.  The plan will typically include a development schedule along with a budget estimate and a scope narrative that defines the goals & scope of the project.  The Owner Rep provides direction and structure to the project, so that the client may maintain control over the project’s budget, timeline, and objectives while minimizing risk.  Some of the responsibilities that often fall under the owner’s representative’s purview include entitlements, selecting the project team, managing the design process, construction management oversight, and schedule, cost & quality control.

While Quadra Consulting was a part of the L’Atelier de Joël Robuchon Miami project, we managed many of these areas to make sure that our client, Invest Hospitality, was in a good position to reach their goals.

As I mentioned above, this project was actually three distinct yet connected projects.

L’Atelier de Joël Robuchon is the most famous restaurant concept of the late, great chef Joël Robuchon.  With over 30 Michelin stars to his name, Robuchon was the most decorated chef in the world and some would argue he was also the most highly regarded at the time of his passing in 2018.  L’Atelier currently has 10 locations across the globe, including Paris, New York, Tokyo, and now Miami, its latest location, in Miami’s fashion-forward Design District. With signature counter seating that faces directly into the kitchen, L’Atelier is a theatrical culinary experience unlike any other and the cuisine is world-renowned and for good reason.

Quadra was onboarded two-thirds of the way through the completion of L’Atelier de Joël Robuchon Miami. We were brought in on a collaborative approach by a partner owner advisory firm, Lehrer-Cumming, to find solutions for the client, Invest Hospitality, as their owner’s representative – we would be replacing the prior owner’s rep firm.   The project had been stopped – seized in place for over six months and no activity.  The general contractor had demobilized.  There was a myriad of unresolved matters on the project that contributed to the stoppage, not the least of which was the restaurant’s main electrical service feeders which had not been coordinated nor installed leaving the project no way to connect to permanent power.  There were a variety of additional issues that required sorting out. Needless to say, this was a major challenge and we were up to that challenge.  We diligently executed our plan and in concert with the design and construction team found solutions for the power issue, closed all remaining open invoices, and processed all outstanding change orders, We oversaw and managed the completion with minimal additions to the budget. We also interfaced with the landlord, Dacra, and the people of the Miami Design District to make sure everything went smoothly.

The space that houses L’Atelier has two levels. On the upper level, diners can experience the sights and sounds of Joël Robuchon’s signature concept. If diners are looking for more vegetable-inspired fare, however, they might want to check out the restaurant on the lower level—Le Jardinier.

Where L’Atelier is a more artisanal venture, Le Jardinier, a concept dreamed up by some of Robuchon’s proteges, focuses on elevating fresh vegetables and their flavors.

When we were finishing L’Atelier and Le Jardinier, Invest Hospitalities came to us with another concept called Le Boutique de Joël Robuchon. Another of the famous chef’s inspired concepts, La Boutique offers customers all-day bakery and café items. This third project is located across the terrace from the other two restaurants, making the decision of where to eat even more difficult for patrons.

As an owner’s representative firm, Quadra Consulting worked to help our client, Invest Hospitalities, get what they needed so that they could complete these projects on time and on budget.

Are you interested in learning more about what we do at Quadra Consulting? Reach out to us today so we can discuss your needs. 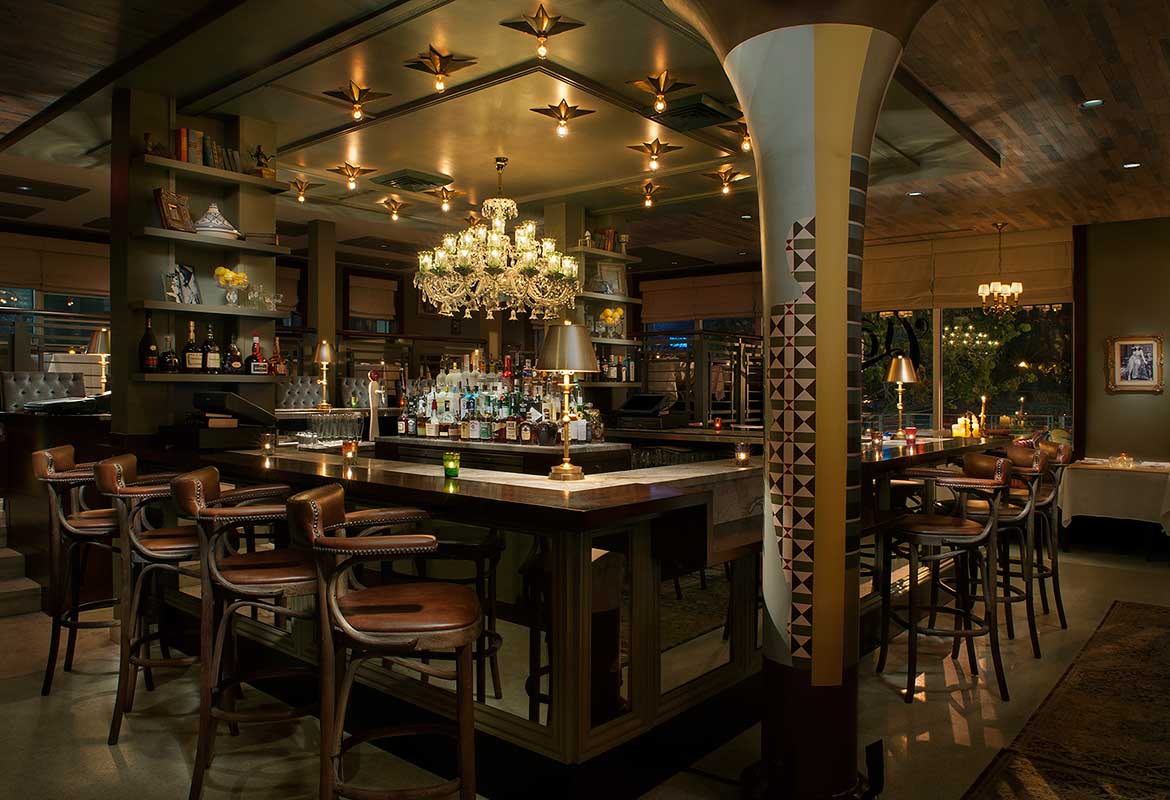